Who Has the Fastest Internet in the World?

As of 2018, the global population was 7.6 billion people and nearly half are internet users. Per a recent study there were 4 billion global internet users in 2018. Most would likely rank having access to the fastest internet as a bare necessity.

Whether a digital nomad working remotely, streaming the latest podcast, or connecting with family over a video call, access to the internet makes it all possible.

But, there’s a caveat…

That said, the average global internet speed is 9.1 Mbps. This begs two questions:

1) What is the fastest internet speed in the world?

2) Who has the fastest internet in the world?

Below, we’ll look at internet speed by country to determine the answers to the two questions above.

Fastest Internet in the World

Although dependent on the country and/or region, internet speeds around the world are increasing year after year. While this is great news, most of the progress is taking place in countries with existing infrastructure, while underdeveloped locations lag behind.

Below is a list of countries with fastest internet:

One of the richest countries in the world and 7th best place to visit in Asia, Singapore offers the fastest internet in the world at 60.39 Mbps. It has a thriving digital community and the infrastructural development capacity. 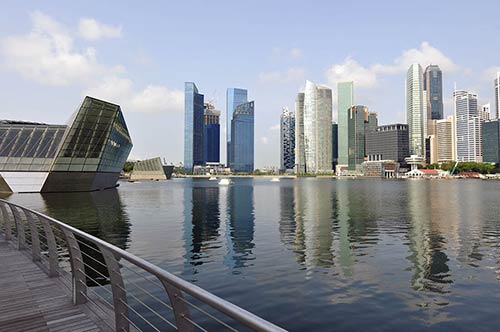 With a speed of 46.00 Mbps, Sweden ranks 2nd for the fastest internet speeds in the world. Out of the Nordic countries, Sweden has a well-developed fiber network and a strong fixed broadband coverage, reaching most rural areas.

Ranking 3rd with internet speeds reaching 43.99 Mbsp, Denmark has slowly improved speeds year over year. With their focus on fiber optic connections, over half of Danish homes and businesses are privy to fast speeds.

Another European country, Norway offers an internet speed of 40.12 Mbsp. Norway is also leading the charge when it comes to fiber network developments, beating the Netherlands and Latvia.

Out of the top 5 fastest internet speeds in the world, Romania has seen drastic improvements over the past year. Ranking 5th, Romania’s internet speed is 38.60 Mbps. Last year, the country ranked 18th at 21.33 Mbps.

With a well-constructed internet infrastructure, Belgium ranks among the top 10, taking the 6th slot for fastest internet - 36.71 Mbps. Improvements have helped small businesses thrive, opening the doors to eCommerce opportunities and forging competitiveness.

Reaching a speed of 35.95 Mbps, the Netherlands continues to develop their digital infrastructure, although over 90% of their population has access to fast internet. Currently, the government is creating preconditions to provide all Dutch citizens with continuous connection.

Making continuous strides in the area of connectivity, and jumping from 33rd to 8th, Luxembourg has an internet speed of 35.14. By the end of 2020, Luxembourg is aiming to ensure all citizens have coverage of 1 Gbp. 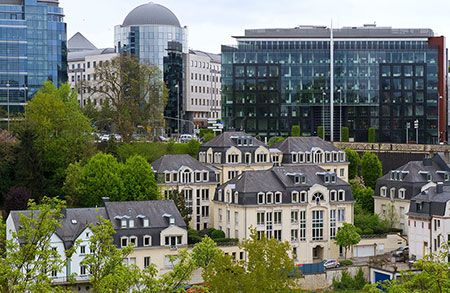 With a population of 9.7 million and over 7 million internet users, Hungary has the 9th fastest internet speed in the world at 34.01 Mbps. Per the Superfast Internet Program for Hungarian households, the country is aiming to boost household connections to 100 Mbps, then eventually to 1 Gbps.

The largest of the Channel Islands, Jersey jumped four places to rank 10th in the world for fastest internet at 30.90 Mbps. Completing the rollout of its full-fiber network to 40k homes and businesses, it’s predicted Jersey will continue to improve it’s offering.

Although a small country, Switzerland is one of the richest countries in the world, and offers an internet speed of 29.92. Additionally, the country is actively and continuously upgrading its networks.

Coming in at 28.94 Mbps, Japan is a leader in fiber optics and is one of the first countries to make significant investments in infrastructure and acknowledge the potential of the internet.

An internet speed of 28.63, Lativa offers the fastest speed in the Baltic States. With continued improvements, Latvia is aiming for 100% coverage with 30 Mbps and 50% household penetration with 100 Mbps, by 2020.

A total population of 24 million with over 20 million internet users, Taiwan’s internet speed is currently 28.09 Mbps. Although ranked 14th, Taiwan is among countries with the fastest internet in the world.

Declaring Internet access a human right, having a thriving IT startup community, and delivering 2400 e-services to businesses and 500 to citizens, Estonia’s internet speed is 27.91.

Stay Connected With Us

Subscribe to the Accelerate Blog to get notified of new blog posts.

What’s Beyond Frictionless CX? Join Our Webinar to Find Out

When it comes to communication, today’s customers crave options. They want channels that meet their...

The baseline proposition when serving customers is this: a customer asks for something, and you...

Was this information helpful?